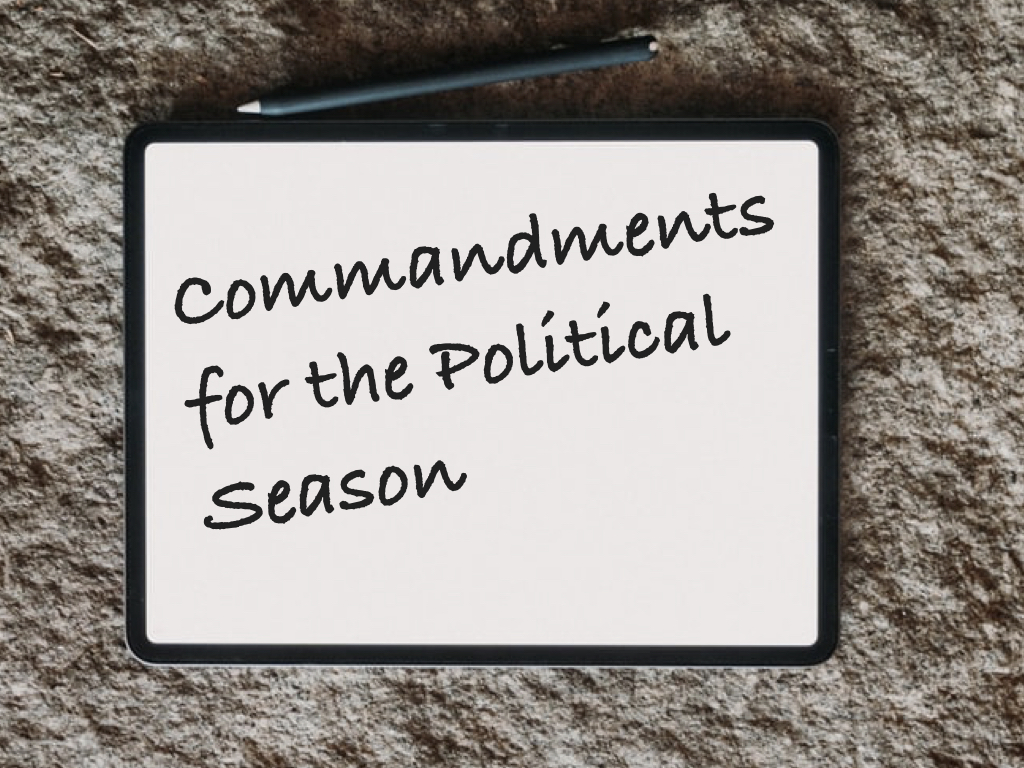 Commandments for the Political Season

The political season has arrived in North Dakota. Not too long ago voters showed little interest in campaigns until the fall of election years. Then interest began to appear around the June primaries. Now party leaders, candidates, and activists begin their activities in the late winter and early spring when the party districts choose candidates to endorse and select delegates to the state conventions. The process is not new, but interest in these district activities has grown.

Redistricting has contributed to the increased interest. Some districts are new and some redrawn districts have incumbents facing each other. Moreover, redistricting also means more districts than usual will have races this year. For the Republicans, a much-publicized intra-party fight has added interest in the district meetings.

Catholic Church officials, including the North Dakota Catholic Conference, do not get involved in these activities. It stays out of party politics and elections. That does not mean, however, that individual Catholics should stay out of the process. Catholics have a moral obligation to participate in the political process. For some, that may mean becoming active in a political party.

Pope Francis has said that politics can be “the highest and greatest form of charity.” But, as with all good things, when politics becomes unmoored from the truth or becomes pursued for self-interest or hatred of others, it can become destructive. This is what we should never shed our Catholic faith when engaging in politics. Especially today, when politics, indeed our nation, is divided and hyper-political, it can become easy to get swept up in the politics and lose sight of our call to act as Christians in all things.

Recognizing the polarization and animosity in American politics, the United States Conference of Catholic Bishops launched the Civilize It campaign in 2020. As part of the campaign, Catholics were asked to take the following pledge:

Those are good principles, but I would offer these more specific “commandments” based on observations in North Dakota politics:


Our state and nation need political discourse focused on the dignity of all human persons and the common good. It also needs a dialogue shaped by civility and even love. Let us pray and work for a better type of politics.